Eating bread is good… yes, but which bread? 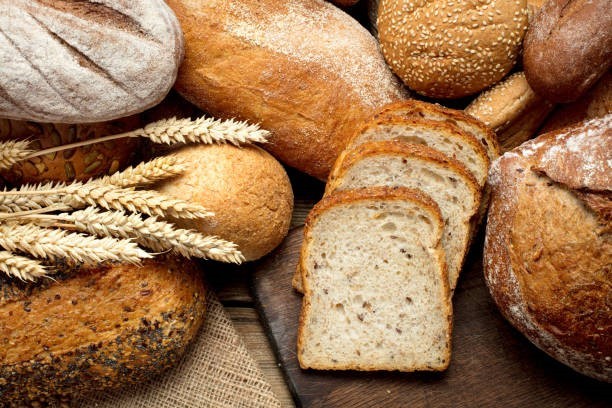 Bread is consumed by nearly 95% of the French and is an essential food of French gastronomy. It has been inscribed since 2010 by UNESCO as an intangible cultural heritage of humanity.

However, changes in eating behavior has changed their consumption; in the last 15 years the French have reduced their consumption of bread by almost 25%. This is due to consumer fatigue, and perhaps to generational changes in consumption preference? Be that as it may, the image of bread nevertheless remains very positive. At traditional staple of many cultures made simply from flour and water, the origins of the discovery of bread are attributed to the Egyptians who understood – unlike the Romans – that mixing flour with a little water from the Nile (rich in silt and therefore bacteria) and letting it rest before cooking it gave a rich food to feed the population at a low cost.

Techniques evolved especially during the Industrial Revolution in the 1800s. In the nineteenth century in France, taxes on ovens and mills were abolished and opened the door to new manufacturing processes. White flour appears.  Easier to produce, it is nevertheless low in vitamins, fiber and minerals but its advantage lies in the fact that it is better preserved.  The first French bakery appeared in 1836, and little by little the French consumed more and more over time thanks to the appearance of the baguette which replaced the stale bread.  In the nineteenth century, the techniques were improved by the mastery of fermentation and research on yeasts.  White bread, although less nutritious, was met with considerable success.

However, nowadays, the ‘old-fashioned’ bread is making a comeback and is experiencing a growing craze. Made with a variety of flour (rye, wheat, spelt etc.) and with different types of flour (from  T55  flour ofite ‘white’ and less nutritious  to T150 flour ‘integral’  plus nutritive including its germ).

A study published in 2016 by the Bread Observatory mentioned that the French consumption of bread consisted of the order of 116g of bread per day, or the equivalence of 6 billion baguette per year or 190 baguettes purchased every second. However, we are the 150 g per day per person consumed by the Germans.

The French, however, retain a special affection for their daily wand.

But why is consumption falling in France?

Perhaps this is due to an image at half-mast with French people increasingly interested in healthy consumption. Bread is considered – ill-timed – as a rich food; for many of us bread is perceived as a food that makes you fat.  A mistake when you know that bread does not make anyone fat, but rather what you put on it.

Another criticism, is the quality of the bread. Bread nowadays is mainly produced from white flour and much less nutritious than before. A growing number of artisan bakers understood that returning to the use of flours more qualitative offered not only quality but greater diversity. To better understand the quality of a bread it is important to understand its ash content of flours:

In France, flours are classified according to their ash content, namely the ratio between the mass of ash remaining after calcination of a flour sample in an oven at 900°C and the weight of this sample. What is important to remember here is that the ash content corresponds to the mineral matter content of the flour (phosphorus, potassium, magnesium). The rest like starch, water, lipids and proteins were consumed.  In conclusion, the higher the ash level, the rawer the flour and contains essential nutrients. On the other hand, the lower the ash level, the more the nutritional value is reduced with a whiter flour. In summary and to illustrate:

Eating bread on a daily basis is healthy but choose quality!

Notes: Although delighted to be able to share information related to well-being and naturopathy, these articles are only offered as general information so why not generate an interest in digging into the subject if the reader wishes.

The information is derived according to the topics covered from various sources and the references are mentioned below.

Source: Naturopathic training – News from the boulangerie.fr – QualiQuanti study “The French and bread” 2015 –

← NATUROPATHY – HYDROLOGY; part 1 - WHICH WATER TO CHOOSE? YOGA FOR ALL, ALL FOR YOGA →
We use cookies on our website to give you the most relevant experience by remembering your preferences and repeat visits. By clicking “Accept”, you consent to the use of ALL the cookies.
Cookie settingsACCEPTER
Manage consent

This website uses cookies to improve your experience while you navigate through the website. Out of these, the cookies that are categorized as necessary are stored on your browser as they are essential for the working of basic functionalities of the website. We also use third-party cookies that help us analyze and understand how you use this website. These cookies will be stored in your browser only with your consent. You also have the option to opt-out of these cookies. But opting out of some of these cookies may affect your browsing experience.
Necessary Always Enabled
Necessary cookies are absolutely essential for the website to function properly. This category only includes cookies that ensures basic functionalities and security features of the website. These cookies do not store any personal information.
Non-necessary
Any cookies that may not be particularly necessary for the website to function and is used specifically to collect user personal data via analytics, ads, other embedded contents are termed as non-necessary cookies. It is mandatory to procure user consent prior to running these cookies on your website.
SAVE & ACCEPT
*/